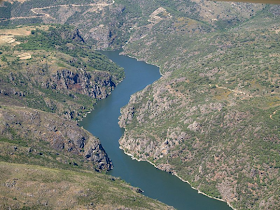 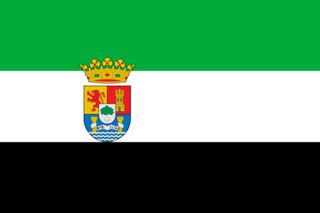 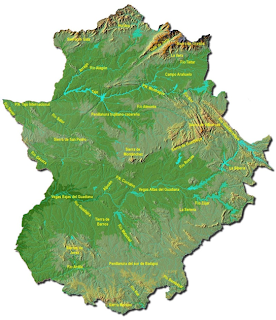 There are several hypotheses on the origins of the name of Extremadura:
The name Extremadura derives from the Latin Extrema Dorii ('End of the Duero river,' or rather 'on the other end' of Duero’s, referring to its position in the south of this river), with which it were designated the lands situated in the south of the Duero river basin (and its tributaries).
However, today it has much more acceptance the thesis that the word Extremadura was used, in general, during the Reconquest to name the lands situated in the "extremes", the border of the Christian kingdoms of the north (in particular, of the kingdoms of Leon and Castile) with Al-Andalus. Thus, Extremadura is the name given to the lands of the frontier of Castile around the present province of Soria (we should remember that its shield says Soria pure head of Estremadura): it would be about the Castilian Extremadura. This place name is also given to the 'extreme' territories, further away and on the front line of the defence against the Islamic enemy during the Reconquest of the Kingdom of Leon, who initially would occupy much of the present province of Caceres, to extend toward the south after the conquest of the “kingdom of taifa” of Badajoz: it would be about then, in the strict sense, the Leonese Extremadura.
It should not be confused with the older Portuguese province of Estremadura, although the etymological origin is the same.

Nowadays, Extremadura is colloquially known by the Extremaduran population as extrema y dura (“extreme and hard”). They think that it is a place where you can enjoy extreme atmospheric conditions (above all in summer when it has been reached up to 113ºF) and also many amazing feelings in its unbelievable and striking landscapes.